| Getting Prepared, Spiritual Preparedness | No Comments 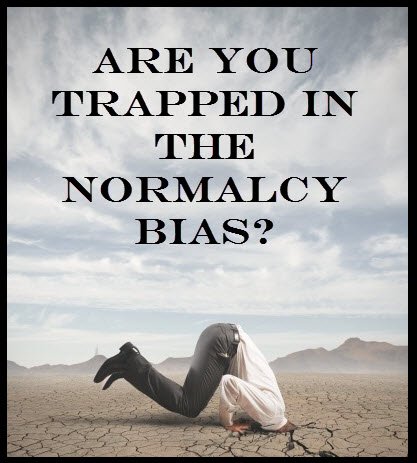 “The economy goes up and down but things always get better.”

“People say something will happen, but nothing ever does.”

“We are a long ways off from the calamities of the last days.”

“We need to enjoy life and not get carried away preparing.”

“There is always a reasonable explanation, people need to stop being paranoid.”

“There is plenty of help around, I don’t need to spend my time or resources preparing.”

Have you had thoughts like the ones listed above? Or possibly heard similar phrases from others? If so, then you have experienced a sample of the Normalcy Bias.

The Normalcy Bias is a state of mind where a person is in DENIAL when faced with pending danger.

Having Normalcy Bias allows an individual to minimize and even underestimate the possibility of a disaster even happening (sometimes even while it is happening), thus not acting in a way to protect ones safety and health. Being subject to the Normalcy Bias causes individuals and families to fail to prepare for likely impending calamities.

The Normalcy Bias is related to prophecy in the scriptures. Since we haven’t experienced a real famine, nuclear attack, major earthquake, and a massive volcano erupting; folks presume these calamities won’t happen in their lifetime. Most of the same individuals believe that there is a God, yet they don’t truly believe the ominous prophecies made by Him.

2nd Peter 3:3-4: “Knowing this first, that there shall come in the last days scoffers, walking after their own lusts. And saying, Where is the promise of his coming? For since the fathers fell asleep, all things continue as they were from the beginning of the creation”

1) One story was shared by author Roger K. Young where a plane had problems that required an emergency landing. After a jolted landing, no announcement was made or flight attendants seen. One man jumped up and headed to the emergency exit, opened it, pulled the zip for the blow up slide, went down and waited for everyone else. No one else came. He saw the tail of the plane was on fire. So he climbed back up into the plane and yelled for everyone to get out. They looked at him and made comments like “Who are you to tell us what to do?” “You aren’t in charge!” They all just stayed in their seats, waiting for the pilot or authority figure to tell them what to do. The exasperated man went to the exit and just then the plane blew up and he was blown out of the plane through the exit. He was the only survivor.

2) Folks in New Orleans had never witnessed a levee collapse. So when it became obvious during Hurricane Katrina that their levee system would fail, thousands of people in the direct line of the coming flood still remained in their houses. A significant amount of people perished in the flood.

3) Not that long ago, the housing crisis was mostly triggered by a normalcy bias. Because the cost of homes had not declined on a nation-wide scale for very long; most people felt safe about purchasing a home. Even though real estate prices in some areas had tripled, people still thought that the price of homes would only move up.

4) Currently a Normalcy Bias frame of mind is being playing out with our national debt. Regardless of the facts that national spending is out of control and that debt is at bankruptcy levels; the concern seems only mild from investors.  Folks have only known bonds to be very safe, and unlike stocks, they always keep their face value.

5) Probably the best example and the one most applicable to what seems to be repeating itself in America is the Nazi Holocaust.  Why would so many Jews underestimate and ignore the ever present signs of uncertainty and peril even after they were compelled to wear yellow stars of identification and had unfair laws passed that targeted them and their businesses? Why would many of these wealthy Jews not move out and leave the country? It was the Normalcy Bias that kept them there and lead to their eventual exterminated. They didn’t see the danger in front of them.

WHY the NORMALCY BIAS is so DANGEROUS For us NOW:

Although the Normalcy Bias is part of human nature and we all are guilty to some extent; recognizing that we have this is important. If we do not, we are destined to repeat the disastrous scenarios of our past. Here are some reasons as to why it’s alarming to be stuck in a Normalcy Bias.

Use this information to EMPOWER you and your family for protection in disaster and emergency situations that are surely coming. If you do not take steps now, there may not be enough time later to prepare. Avoid you and your family becoming a victim of normalcy bias – Act Now. 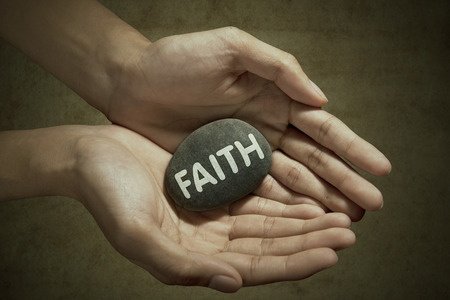 The world is facing a test right now which requires acute situational awareness. The many signs of the last days are before us, and it’s imperative for each of us to know Jesus as the only One who can redeem us from the days to come.  “And when these things begin to come to pass, then look up, and lift up your heads; for your redemption draweth nigh” – Luke 21:28.

WND – Do you have a Normalcy Bias, Most Likely Yes